A square peg in a round hole Do you sometimes feel like you’re a square peg in a round hole? Like you just don’t fit somehow? Well, welcome to the club. As a kid, I danced around the house, had imaginary friends and refused to learn how to read or write until I went to school. Consequently, I found the first few years of schooling very difficult and still remember struggling to tell the time on an analogue clock or put words into a sentence.

However, by the time I’d reached grade two, my teacher was entering me into creative writing competitions, along with the smartest girl in the class. I also had Coeliac disease, which meant that I had to eat weird ‘health food’, had a distended abdomen and often got sick after eating cake at birthday parties. My twin sister and I were regularly made fun of for our ‘cardboardy’ rice-cakes while our friends were eating Nutella, white bread sandwiches.

And, while being a twin was quite a lot of fun, it could also be extraordinarily painful. The scrutiny we were subjected to, the cruel comparisons and the preferential treatment one may receive over the other were none-too-pleasant. I always used to say (and still do): Twin-psychology 101: Don’t treat them differently! My emancipation from these many indignities has been hard-won, and I’m proud of the independent identify I’ve forged for myself since then.

Another thing that made me different was that I studied ballet until I was seventeen and disliked ballgames such as netball, hockey and tennis. Since most people preferred sport to dancing, I was unusual in this sense and sometimes got called ‘pretty in pink’, even though I wore navy blue! I found ballet to be extremely meditative and still enjoy going to see performances at my local theatre. 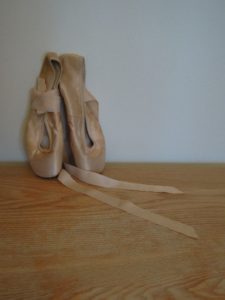 So, what is there to be gained from being ‘different’, so to speak? In reality, we’re all different from each other, even if some of those differences are sometimes hard to pick. One of the things I’ve found helpful is that differences give us a unique perspective on the world, which allows us to write with authenticity. For example, some of the characters in my novel have attributes like me.

One of them studies ballet, another has Coeliac disease and another goes to a regional university just like I did rather than staying in the city like all my school friends. There were other aspects of my characters’ lives that I had to research, but the joy of writing from experience was both liberating and cathartic.

So, in summary, embrace who you are, use the painful experiences and the happy ones to your advantage and realise that a unique perspective is truly a gift.

If you would like to purchase my novel, it’s available on Amazon, Kobo and Booktopia, as well as many other platforms.